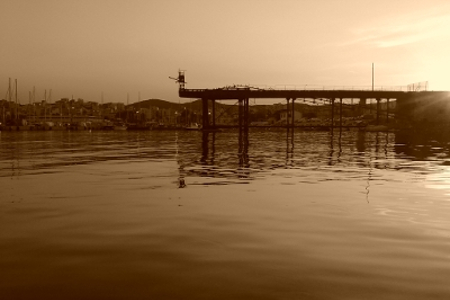 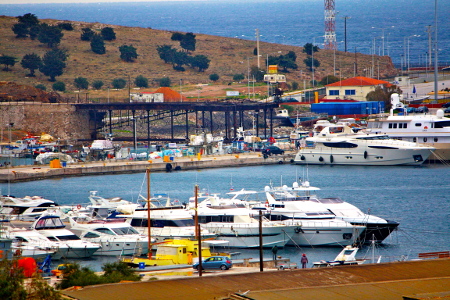 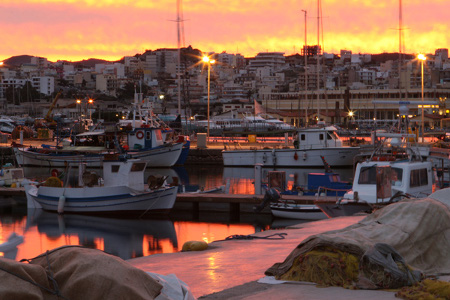 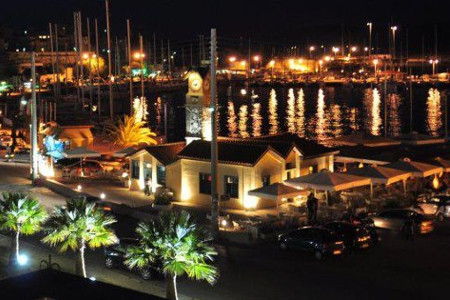 The town of Lavrion on the tip of the Attiki Peninsula has the oldest and biggest ancient amphitheate in the country and a mysterious giant hole that would be an attraction to Fortians and seekers of unexplained phenomena if they knew about it. The area is known for its industry and mining operations from ancient times. This is where the giant columns from the temple of Posideon at nearby Sounion were dug out. The Silver mines date back to prehistoric times. The washeries where the silver was extracted are still visible and currently in a state of being restored. These mining facilities are believed to be the oldest in the world! The Lavrion Silver mines financed the fleet with which the ancient Athenians defeated the Persians, and financed the building of the Acropolis and other monuments of the Golden Age of Athens. Later the mines got much more industrialized, and covered the entire region with melting pots and tunnels as well as some of the bi-products of mining and extracting. One effect of this industrialization was that Lavrion had the first railroad tracks in Greece, and the first proper harbour facility to load ore via a bridge to barges and ships. Another side effect of this mining activity was that many different and unique minerals were discovered. These minerals bring a lot of geological tourism into the mountains and very interesting samples are displayed in the Mineralogical Museum. The Archaeological Museum gives a good picture of the development of the ancient civilization, which was hugely effected by the early industrialization. The tunnels and shafts dug to reach the layers of minerals created heaps of debris near the mine entrances. It is possible, to this day, to find a large variety of minerals quite easily. Despite the highly developed metallurgical techniques in the factories, the remnants of which are very well preserved in Lavrion, the Ancient Greeks could not take out all the silver from the ore and after smelting used to dump the slag into the sea. The sea water, which contained minerals penetrated into the slag for thousands of years and reacted with other trace elements. This chemical reaction resulted in the growth of perfect crystals of various minerals, some of which are very rare and exist only in Lavrion. In the winter, when the heavy seas deposit these crystals on the beaches, many collectors come to Lavrion to find them. Up until a few years ago Lavrion was a pretty dismal place. In the last few years Lavrion has gone through an amazing transformation. Restaurants, shops and cafes have opened and Lavrion has new life due to the rebuilding of the port into a major ferry terminal for the Greek islands and the relocation of several sailboat charter companies and a marina.